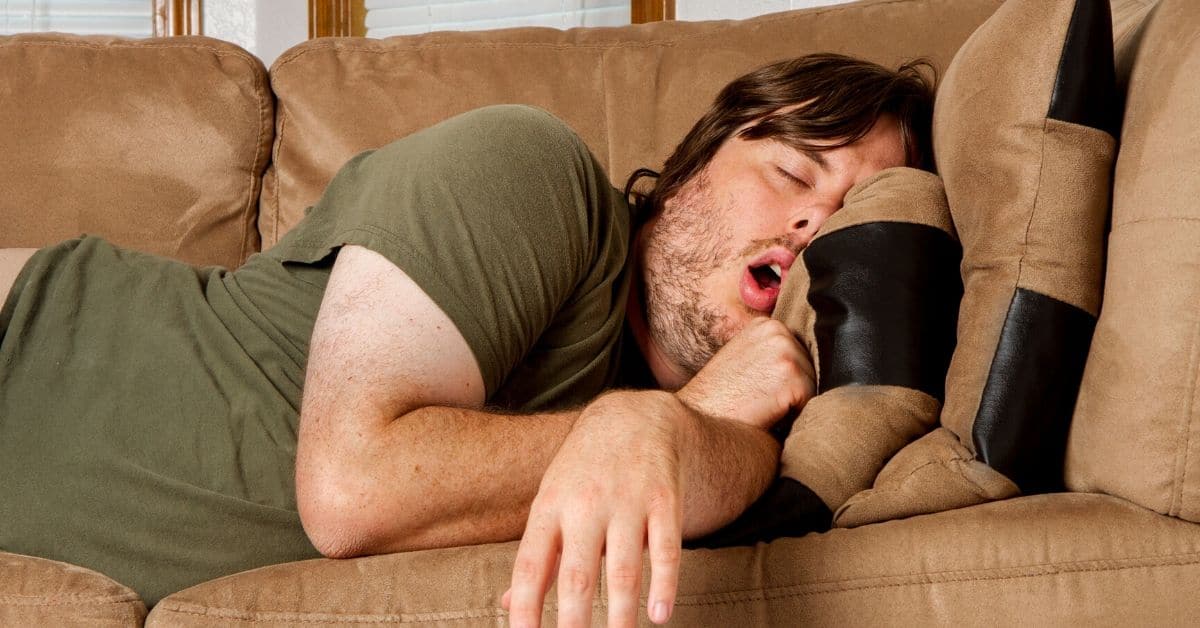 7 Reasons Why You’re Lazy and How to Stop it

There are many reasons as to why you’re lazy, and I could seriously write thousands of words on them.

However, I’m not going to do that.

I want to cover more of the basics and more important factors as I’m sure it will help.

Why am I so lazy all the time?

How can I stop being lazy?

These are some general questions with answers that you already know.

Well, there are a lot of problems here and one that you might not want to hear.

Now, if you’re a more mature person, I’m sure you’ll understand what I’m talking about.

I was once lazy myself, and I can still get lazy at times.

It’s not a bad thing, but it can be detrimental if you are looking to do something like start a home-based business. Or any kind of entrepreneurial type gigs.

If you are cool with being normal, that’s fine too.

I’m sure this post will give you a little wake-up call and give you some awesome advice.

So whether you are trying to stop being lazy to achieve more or not, let me show you why you are lazy and how you can stop and prevent it from coming around.

Contents show
So Why are You So Lazy?
1. You Are Beyond Stubborn
2. You’re Spoiled
3. You Can’t Break Tradition
4. Poor Network
5. Poor Routine
6. Poor Health Habits
7. Today’s Culture
Conclusion – Stop Being Lazy

So Why are You So Lazy?

How about, because you allow yourself to be.

Laziness is not something you are born with.

It’s not something your great-grandpa started, and now that’s what you are.

Laziness is produced by many things, and most of them you will never know unless you try to understand why they exist.

Being lazy is terrible no matter how you put it, and it can affect every single part of your life.

It can affect your progress at work, allow you to live in a filthy house, and even ruin your relationship with everyone around you.

No one likes a lazy person, and no one has to be one either.

Now there are many reasons as to why you are lazy, and we want to put a stop to things so you can live a much better life.

If that’s what you want to accomplish, here are the reasons why you’re lazy and how you can prevent and get rid of it.

1. You Are Beyond Stubborn

This thing called pride is not just why you are lazy but why you will never learn and grow.

If you can take that pride, put it in your back pocket, you will see just how much better life will be.

Keep that pride with you, and you will be lazier and lazier as time goes on.

Thinking you’re always right and being scared to venture off into other things will only make things harder.

I once was stubborn and would never take advice from anyone.

The idea of failing wasn’t the problem for me, but it was a problem with what I thought everyone would think.

Of course, this leads to things like depression, which is another thing you can avoid using the ideas in this post.

Stop being stubborn, focus on doing productive things, and you’ll see how much lazier you can stop being.

Aconsciousrethink.com has a sweet post on how to stop being stubborn, so do check that out if you have some time.

These days, WE are beyond spoiled.

I would say just kids but that’s not the case.

All this so-called spoiling starts with us as adults.

It then trickles down to our kids, whom we then put the blame on because they actually show it more than we do.

Now if you think about the stuff you buy and how much they control you, only then will you see just how spoiled you really are.

This spoiling then leads to you feeling you need a whole bunch of crap when you really don’t.

You then feel entitled, walk around like you’re entitled, and everything then leads to you being a lazy tub of lard.

Some of you might think you’re the hardest working person in the world, and I can agree, but not entirely.

Yes, you might be a hard worker at your job but look into other aspects of your life and you’ll see just how lazy you really are.

You’re spoiled and a lot lazier than you think.

It’s something we all have and it is heavily engrained in our brains.

It’s almost impossible to break and it can be a great thing.

It can be an even more dangerous problem that you want to address immediately or you will ultimately be the lazy person you’re not trying to become.

This will then lead to you following what you are used to, which is one thing that I can’t agree with.

If a parent joins the military, children follow in their footsteps.

If they do something in law enforcement, the kids are most likely to follow.

It’s a very common structure and one that doesn’t have to be.

This is very true when you see kids that grow up in poor neighborhoods that then grow up to be poor and probably steal.

You can add up all the childhood poverty statistics you want but those mean nothing when it comes to being lazy.

You are not lazy because you grew up in a poor household, neighborhood, or town.

You are lazy because you choose to be lazy.

I come from a middle-classed family but that did not keep me in the military, nor did I stick with my job when I got out.

I fired myself and decided to do something that could help me do things on my terms.

So whatever background you come from, do not let it dictate what career path you will take.

Break tradition and do something that you know will work for you and not everyone else.

You are the sum of your five closest friends or however that saying goes.

I can agree with it, though and that’s because it’s entirely true.

The people you are around will influence the way you live.

They will make you lazy if they’re lazy, and you are probably a harder worker than most successful people out there.

I can not stress how important it is to be around people who you want to be like.

So if you want to succeed at multilevel marketing, then guess what?

You can’t be around immature people that only want to party all day.

If you want to be your own boss, you need to be around others that want the same thing.

Stick with your network and you, my friend will be lazy for as long as you keep them around.

We all have a routine and it’s almost like a tradition.

We are used to it and we will continue to do it for as long as we live.

Good or bad, it’s going to be stuck with us unless we decide to take some kind of action.

If you wake up at 8 am and you think you’re a responsible adult, you might want to wake up.

Lazy people wake up 5 minutes before they have to be at work.

A more prompt and hardworking person wakes up an hour before work.

Lazy people hit snooze, not lazy ones wake up before their alarm.

Routines are critical when it comes to your overall health and is one reason why you are lazy.

I just got off from work and I’m tired are the typical words that come out of an underpaid.

To break free from that nonsense, you need to wake up earlier and stop it with that “I’m tired” mentality.

Just because you worked 8 hours does not mean you need to whine about it.

Suck it up and move on.

Clean up around the house and get things done regardless.

Wake up earlier the next day and get into a better routine.

This will all lead to one of the more important reasons as to why you’re so lazy.

Your health is important in regards to every single part of your life.

It’s what will get you the energy to get things done along with that energy to stop being lazy.

What more if you were to try to make money blogging?

Something so simple requires the right person with the right health decisions in mind.

I know we all love our cheeseburgers and pizzas and that’s fine.

We can compensate for such indulgence by doing this thing called exercise.

If you can adhere to this thing called moderation, you can control your weight, be in better health, and avoid the trap of being lazy.

Add some exercise to your soon-to-be new routine and you’ll see how much energy the dreadful workouts can add to your life.

At least try to eat healthier as well but don’t think that you need to cut anything out of your diet.

Remember to do things in moderation and create a balance between eating and exercising.

Do this and you will see how lazy you won’t’ be.

The world we live in is the biggest reason why you do or don’t do things.

It sounds far-fetched, but hear me out.

If you sit back and really pay attention to how everything works, you will see that it’s not designed for you to succeed.

Everything you are exposed to is designed to do one thing and one thing only.

Do you know what that is?

Everything around you is for the sole purpose of making someone money.

Whether it be some toy or medical product or household item, we are fed the idea that we NEED them when we really don’t.

“Show that special someone how much you care and get her this big fat diamond ring.”

That’s the idea you get and then you get into social media and feed off of how impressed everyone else will be.

If that simple example can’t wake you up, I’m sorry to say, but you will probably never make any changes.

And yes, that includes being lazy.

Life is going to be as complicated as you make it.

It’s also going to be as simple as you want it to be if you really think about how everything works.

Being lazy is a part of life because we are influenced by everything around us.

Do some of these simple but complicated changes and you will see how lazy you don’t have to be.

We all experience some kind of laziness in our lives and we all handle it differently.

In the end, we all have the decision on whether we want to continue down that road or to make some changes.

The latter is our goal and one that can be accomplished if you put in just a little effort.

I hope this post has helped you understand some of the reasons why you’re lazy.

Just remember that you are not alone and you can always make adjustments in your life.

I know you’re not lazy, so get your butt up and change that silly routine of yours.