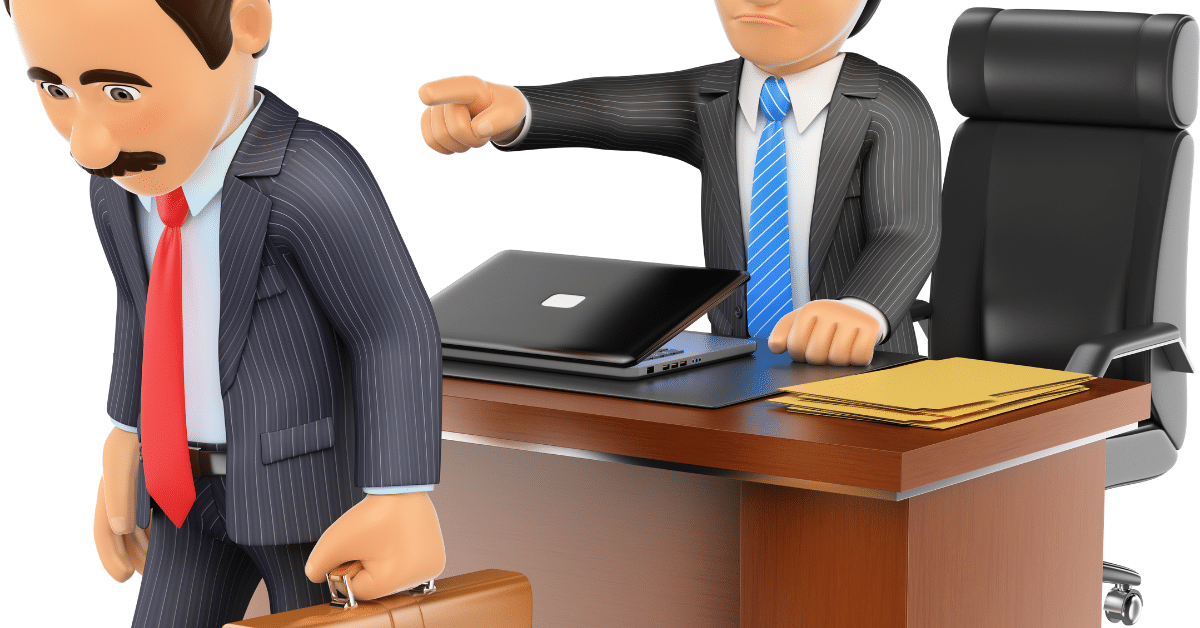 How I Fired Myself to Be My Own Boss and Failed

That’s one phrase no one wants to hear.

Unless, of course, you don’t care about your job.

No one has ever said that to me, but I did fire myself.

Yup, I quit one of the best jobs that anyone could ask for and not because I hated my boss as most people do.

She always looked out for me and made sure everything was going well with my job as well as the home front.

Maybe because I was the youngest person at the agency?

Maybe because I was kind to her too?

Whatever the case was, our relationship was in no way terrible.

It was great, and I couldn’t ask for a better boss.

So Why Did I Fire Myself?

There are several reasons as to why I wanted out of my job.

Mind you; this job was the best job I ever held in my life as far as the type of work it entailed.

I was a messenger for a retirement fund.

The job consisted of me driving all over the place, dropping off packages, picking up food, and keeping me busy the whole day.

I didn’t have to do any thinking, and I met so many dang people.

The job was great, but there were two significant problems.

One, the pay sucked.

And two, I still had to wake up every weekday and clock in just like everyone else.

I spent most of my time at work, and my nights consisted of lots of drinking and sleeping just to get ready for the next day.

That’s part of the firing my boss process, but there was more.

Comfort is a great thing, but probably the most dangerous thing to anyone looking to level up.

You’re in a routine, and you don’t need to do much thinking, just like everyone else.

You have a nice little paycheck coming in every two weeks, and you know exactly where all that money is going.

That’s the routine, and it will last for as long as you allow it to.

It’s not a bad thing but rather a roadblock for anyone looking to do more in life.

Every single person working a regular job is in their comfort zone.

That was me, and I saw no way out, and that is why I knew I had to do something about it.

That thought all started when I was sorting out our pay statements.

Yup, I did that too.

All I had to do was fold these little pieces of paper that had the amount each employee made and staple it.

Of course, I couldn’t help but go over some of them, and that’s when something clicked.

My boss made $100k a year with the next in line, earning less than half of what she made.

The stairs went down with each person making less.

Now guess who was at the bottom?

With just over $20k as my annual net income, it was me.

You have got to be kidding me.

The very next day, I talked with my boss, and I told her how I felt.

She thought she did something wrong and even asked if I wanted to get another position with much higher pay, but I explained it to her.

I saw exactly how much everyone was making, and there was no way I would ever make the amount of money she was making.

I don’t care how long I worked there; not even 50 years would allow me to make $100k/year.

So I turned in my two-week notice and signed leave for those days.

Not knowing what to do next, I never looked back.

I Got Bit By The Entrepreneur Bug

You’ll never know what’s out there until you try.

I’ve heard that many times in my life, but it usually came from someone who never really saw what’s out there.

I knew nothing about business, but boy did I sure act like it.

What an idiot I was.

Looking through some Craigslist ads, I was in search of a business.

The only thing that caught my young idiot entrepreneur’s mind was a bar that was going for $20k.

It wasn’t the best-looking bar, but with some paint and a slight facelift, it was a bar that people would surely enjoy.

That’s what I thought until the complete opposite happened.

On top of the crazy overhead came the unforeseen problems.

From alcohol licensing issues to leaking pipes, things could not have gone any worse.

That all led to bills that I couldn’t afford and eventually shut down in just a year.

I got bit by the business bug, but the reality of things bit me even harder.

At least that’s what everyone else thought.

But that’s what happened with the bar.

Put those two together, and you can bet that no one is going to make any money.

Those were some tough times in my life, but one that came with many lessons that have created the person I am today.

No one believed in me from the start, and no one was sure to trust in me after that flop.

With nothing but debt and an extreme passion for succeeding, I had to keep it together.

I had two young sons that relied on me for everything.

Getting a j-o-b was not an option (yup, I was stupid), and asking for my job back was even more out of the question.

With that stubbornness, I had to do some serious thinking.

Being down and almost out, what do you expect someone to think when you see an infomercial about some millionaire kid who’s doing something you’re not doing.

So, of course, I gave in to his scheme.

That led me down the road of even more failure and a whole lot more, “I told you so’s.”

Just when you think you’re as far down as you can be, you get thrown to a level you never thought possible.

Being introduced to the internet by a scam almost forced me to stay in the territory.

And just like I mentioned on my about page, I eventually found something that works.

It wasn’t the tune of $1 million, but it was a start to something that would change my life forever.

Not just any success but the kind that no one I know has ever accomplished.

I made money online, and I am glad to say that I have been doing it for the last six years.

Things weren’t the easiest, but I wouldn’t do it any other way.

Without the struggle, I don’t think I would be where I am today.

Sometimes it takes a lot of bad to happen before you see your true potential.

Now the best part about all this is the fact that you know that you should never go back down the road to failure.

That’s how I fired myself and landed myself into some serious trouble.

It’s not the prettiest, but it’s a scar that will always remind me to be humble and continue to learn.

Are You an Underpaid?
Next Post: 11 Legit Ways to Make Money on the Internet