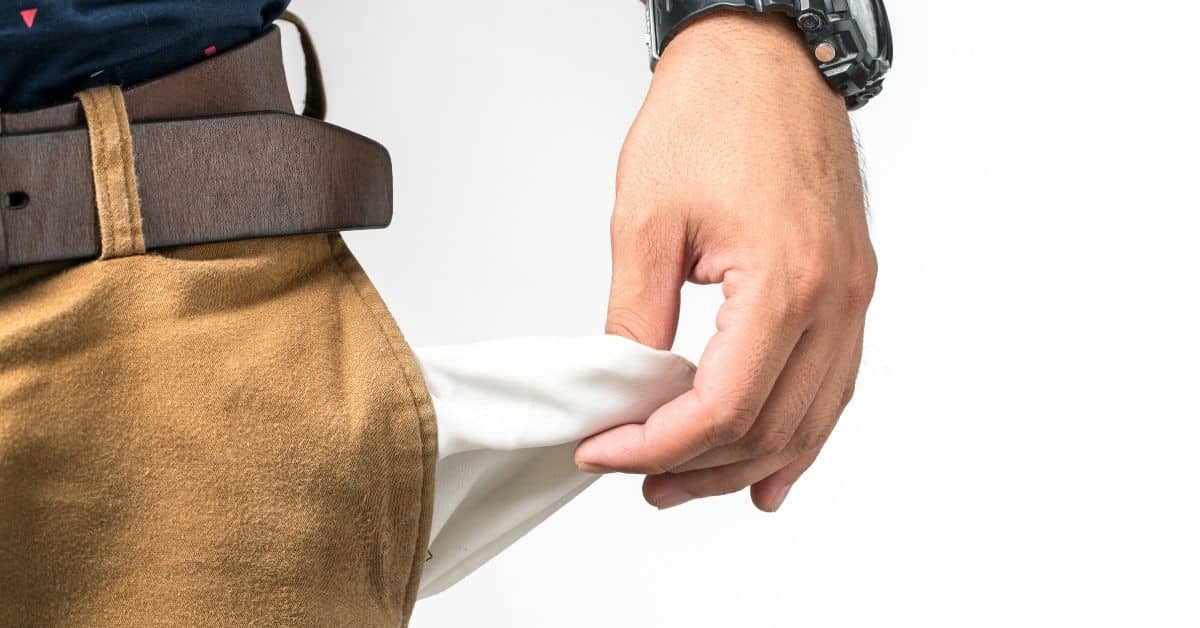 That’s line can’t be further from the truth, but one that no average Joe can understand.

What blows my mind is how simple it is, but at the same, as complicated to understand and even worse, to avoid.

Why is that so?

We live in a world that controls us.

Three subtle, yet straightforward things decide every move we make.

This is the case with most narrow-minded people and why they will never realize that they are giving in to the marketing that works against us.

That ad you see on TV, in your social media feed, or on the billboard is more powerful than you think.

“Show that important person in your life just how much you care,” with a damn $10k necklace dangling at the bottom of it.

Then you find yourself at the bank, trying to get a loan for some materialistic nonsense that no one but you seems to care about.

The clothes we buy, the things we eat, and the cars we drive are all dictated by the three things I just mentioned.

If neighbor Joe gets a new car, you feel “it’s time” for you to get one too.

If they post some pic of the microwaved food they had at Olive Garden, you naturally take your little behind to eat at a place similar, if not the same.

Laugh and say it’s true, or get butt hurt and disagree, but this is reality.

And I don’t think it’s funny either.

It’s something that requires action on your part and one that needs some adjusting.

So Why Would Acting Broke Make You Wealthy?

I like to keep things simple, as that is the best way to manage life.

Rather than trying to bore you with a ton of crap, I want to get straight to the point.

The idea behind acting broke, is terrific, if you take the time to smell the roses.

Do the opposite, and well, you’ll be broke for the rest of your life, AKA, living paycheck to paycheck.

That’s not what we want to do now, is it?

So let’s see what the advantages are for people who want to do more with their life.

Now acting broke is excellent for anyone looking to save more money, and that’s pretty obvious.

Saving money is not a part of most of your vocabulary, and that’s because you don’t have anything to keep.

The little you have, although more than enough, goes to every nonimportant thing in your life.

It goes to the images you want to show off with on IG, and it goes to the brand new car that you didn’t even need.

Live a more frugal life, and you will see considerable changes in your bank account.

I know acting broke sounds a little weird, and you probably don’t even get it.

But acting broke means nothing more than to stop buying unnecessary junk.

It means to say you can’t eat out because you “don’t have money.”

It means waiting on the brand new car because the bank won’t approve your loan.

Regardless of what you do, think about how you were perfectly fine without purchasing anything else.

You’ll see that you can save hundreds of dollars a month, and do so much more with that money.

Oh, and that $6 cup of coffee you buy every single day, that’s a great place to start if you want to save lots and lots of money.

Acting Broke Pulls You Away From Actors

All the stuff I talked about earlier is not suitable for you.

If anything, it’s terrible for you.

Living that type of life puts you around the wrong crowd, regardless of whether or not you feel they have good intentions.

Yeah, they’re all jolly n stuff, but that’s the way most people we know are.

What you don’t know is that you, and they, are competing with each other.

You also compete with the dang food you put in your mouth.

It’s not, and it is the best way for you to go broke.

You and everyone in that same little circle of yours are all making less than $100k a year, and you’re all living paycheck to paycheck.

It seems to me that everyone is losing, yet still trying to drag each other down.

Let that sink in, and then we can get to something a little more productive.

If you ever wanted to start a home-based business or any business for that matter, you typically need money to get it started.

As a person that believes in something as stupid as retail therapy, the idea of investing doesn’t exist in your vocabulary.

It might be an idea, but that’s about all it will ever be.

It doesn’t always have to be that way.

I started my first online business back in 2014, and it only required $50 from my empty wallet.

I took a course on affiliate marketing and never looked back.

The idea of selling other people’s products on the internet to make a commission blew my mind.

That $50 investment has not just made me money, but it allowed me to fire myself and live on my terms.

So when you think that you can’t invest, think about what $50 can do.

Then think about $100 or more, and you will see that there is plenty of opportunities out there if you are willing to put in the work.

Your mentality is everything.

At least when it comes to breaking free from the rat race and doing things on your terms.

Whether you want to make more money, do more with your life, or simply want to be less anxious.

If you can adjust the way you think, the more prominent parts of your life will have more positive things.

As an online entrepreneur, changing my mentality was not easy.

Everyone around me was already against any real business, so imagine what they thought when I mentioned doing business on the internet.

There was lots of resistance, but one I learned to hamper by changing the way I think.

No longer did I listen to anyone.

No longer did I try to do things because others thought it was what I needed to do.

That simple change has led to bigger and better things, and now, not a single person I know has anything to say.

Then again, some say, “I believed in you” when you know no one ever did.

But that’s a thing of the past, and it’s time to move on to creating more awesomeness.

There are many ways to make extra cash, and it doesn’t always require starting something like a multilevel marketing business.

Some of you are like me and think that joining some lotions and potions company like Melaleuca is the only way for the little guy to get ahead.

That’s another way the broke think and one that requires some serious changes.

Remember that $50 I talked about earlier?

If you know about MLMs, you will see that it is going to take a lot more than $50 to get started, let alone maintain.

On top of that monetary investment, you need to try to convince others to join you.

And we all know that those little tent parties and gatherings to showcase some cream are not cool.

I was never a fan of that business model, and that is what led me to try to figure something out.

After going over my options and falling for some stupid scams, I finally found something that worked.

Who would’ve thought that you can make money blogging?

Well, that’s what I learned and did, and that is still one of the ways I make my living.

There are many different ways to make money with a website, though, so don’t limit yourself to just one thing.

The internet is truly a fantastic place if you are willing to put in the time and effort to dig up those gems.

Or you can just read this post to see the many different and legit ways that allow you to make money online.

Acting broke was not the most natural thing for me to do, so just know that you are not alone.

Take things slowly, though, and you will soon realize that there is so much more to life than trying to please everyone else.

Take a minute to thank the man upstairs and see that life is that amazing.

Now when you start making money, you need to remember where you came from because it wasn’t always glamourous.

Remember what it took to get you there and remember to continue to live as if you are broke.

Forget any of that, and you, my friend, will find yourself back to having nothing.

It’s crazy how that works, but it’s true.

Be frugal, act your wage, and everything will be a-o-kay.

Cash Forex Group Review: Is CFX Legit or a Scam?
Next Post: 11 Money-Saving Blogs You Need to Learn From